Exciting news! The forecast says our winter holidays shall be dusted with a layer of magical snow! And while this means snow angels, snowball fights and hot cocoa, what does it mean for after the holidays end? Because alright, let’s be honest. We are not exactly the BEST at handling snow here on the island. But not to worry, we think a little trip down memory lane shall help us all gain some perspective…or at the very least, a serious appreciation for our modern snow-combating technologies. So, on that note, let’s take a look at the infamous snowmageddon of 1916! 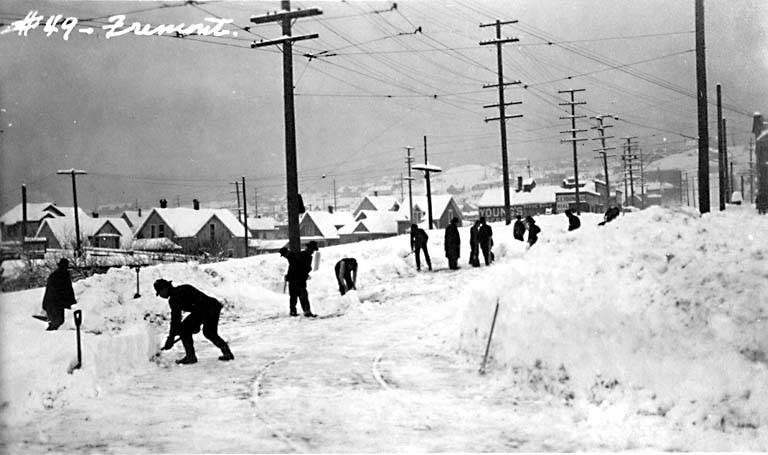 Over 100 years ago, the residents of Victoria woke up on the morning of February 1st, 1916, to 10 inches of snow. The next day, they saw another 20 inches. Over the course of the week, the snow fall continued, creating snowdrifts that, in some areas, measured up to nearly six feet in height! The area also saw record low temperatures. As snow was blocking coal deliveries to residents, the army deployed 150 soldiers to assist in road clearing. And as motor vehicles could not be used, residents that were able to dig their way out of their homes used horse drawn sleighs to get around town. 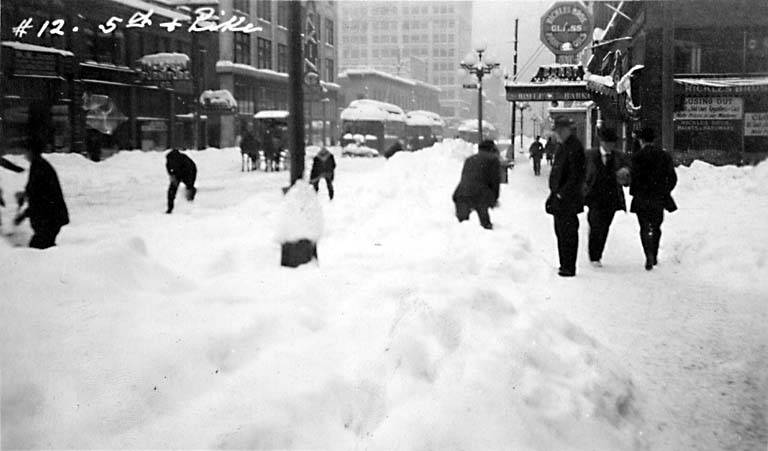 The surrounding areas, including Vancouver and Seattle also received the same amount of snow, as can be seen in the photos above, taken in Seattle.

A smaller, though similar snowfall occurred in 1923, but it was not until 1996 that the record set in 1916 was broken. During a December snowstorm in 1996, Victoria saw a record-breaking snowfall of 80cm, over 20cm more than in 1916! And as magical as horse drawn sleigh rides sound, I think we can all agree we are perfectly content with the few centimeters of snow we have in store for us this holiday season!

Want to learn more? Check out this clip from the Royal BC Museum, which shows both photos and videos of the 1916 snowstorm, or this article, which covers all major snowfalls in Victoria’s recent history.